Mixed martial arts (MMA) is a combat sport that combines elements of various martial arts disciplines, such as boxing, wrestling, jiu-jitsu, and kickboxing. The sport has a rich and storied history in the United States, dating back to the early 20th century.

The origins of MMA can be traced back to the early 1900s, when a Brazilian Jiu-Jitsu master named Mitsuyo Maeda immigrated to the United States. Maeda was a renowned fighter who had trained with the Gracie family in Brazil and had developed a new style of Jiu-Jitsu that emphasized ground fighting and submissions.

In the 1970s and 1980s, a new generation of martial artists began to emerge in the United States. These fighters were influenced by the teachings of Bruce Lee and other martial arts legends, and they began to experiment with different styles and techniques.

One of the most influential figures in the early days of MMA in the United States was a karate fighter named Bill Viola. Viola was a pioneer in the sport and was one of the first Americans to compete in Japan’s renowned Vale Tudo tournaments. He introduced many American martial artists to the world of MMA, and his influence can still be felt in the sport today. 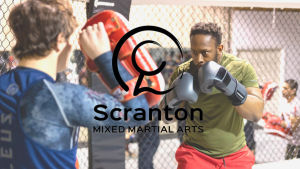 In 1993, the Ultimate Fighting Championship (UFC) was created. The UFC was the first organization to promote MMA as a sport, and it quickly grew in popularity. The early UFC events were often brutal and violent, and the sport was widely criticized for its lack of rules and regulations. However, over time the UFC and other organizations began to adopt stricter rules, and MMA became more mainstream.

In the 2000s, MMA experienced a surge in popularity, thanks in large part to the success of the UFC. The sport became more regulated and mainstream, and many new organizations were created to promote MMA competitions. Today, MMA is one of the most popular sports in the world, and it continues to grow in popularity in the United States.

It is worth noting that the history of MMA in the US is not without controversy, as the sport had to overcome the reputation of being a violent and unregulated “bloodsport” during the early days of the UFC. Critics and lawmakers often called for the sport to be banned, but with the introduction of more regulations, it was able to shed that reputation and become a widely accepted mainstream sport.

In conclusion, MMA has a rich and storied history in the United States, dating back to the early 20th century. From its origins in Brazilian Jiu-Jitsu to the creation of the UFC and the mainstreaming of the sport, MMA has come a long way in the United States and continues to be a popular and exciting sport to watch.