Scranton MMA offers Muay Thai classes for students taught by highly experienced teachers for beginners, the intermediate, and advanced- all are welcome.

What is Muay Thai?

Muay Thai, also known as Thai Boxing, is a form of martial art and combat sport that utilizes the entire body as a form of weaponry. Powerful moves using punches and kicks teach defense and offense tactics that increase not only physical strength but also mental endurance.

This martial art is practiced in large parts of the world, including Thailand and other Southeast Asian countries. The art is similar to others in Southeast Asia such as “pradal serey” in Cambodia, “lethwei” in Myanmar, “tomoi” in Malaysia, and Lao boxing in Laos. Muay Thai has a long history in Thailand and is the country’s national sport. Traditional Muay Thai practiced today varies significantly from the ancient art “muay boran” and uses kicks and punches in a ring with gloves similar to those used in Western boxing.

Muay Thai is known as the “art of eight limbs”, as fighters use their fists, elbows, knees, and feet for striking and forearms and shins as shields to execute strikes with eight points of contact. Ultimately, the key is not how many kicks or punches one can execute, but how you can utilize Muay Thai to improve your physical and mental health.

You’ll develop unmatched strength from hours of practice. Your sacrifice in time and energy is met with passion and dedication- teaching gratitude and respect for yourself and your opponents. It is an excellent option for those looking to put mind over body and express themselves. 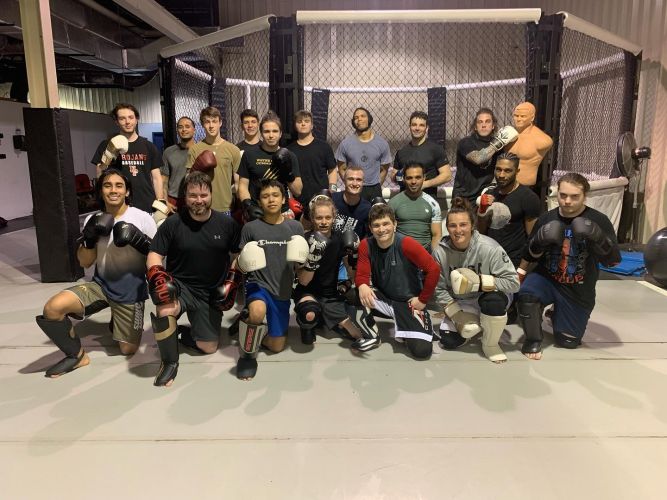 The history of Muay Thai can be traced back to 13th century Thailand to the Sukhothai dynasty. The Thai army, in need of a way to defend their kingdom, adopted armed and unarmed combat techniques. The birth of Muay Thai paved the way for an official sport in the 20th century when kickboxers and fighters in Thailand adopted rules and regulations for the art form. It is now a widely recognized sport globally with a community of strong, dedicated fighters. It is now the national sport of Thailand.

Muay Thai primarily focuses on moving forward and taking one’s time to advance toward their opponent. Counterattacks are also fundamental. With kickboxing, there is much more head movement, weaving, and circling. These movements tend to be more defensive in nature, whereas Muay Thai is more aggressive.

The striking learned in Muay Thai is composed of simple, yet powerful strikes that keep balance. Kickboxers learn a larger array of strikes that can put one off the balance if missed.

Both Muay Thai and kickboxing are strategic and teach various techniques to beat opponents and defend oneself. In short, Muay Thai offers more techniques using your whole body as a weapon compared to kickboxing. 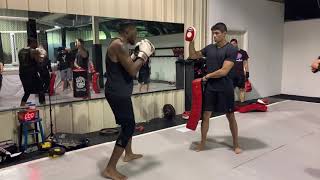 Muay Thai Gym near me

If you’re interested in learning more about Muay Thai or taking a class, Scranton MMA is located in Dunmore, PA near Scranton, and offers both individual and group training. We want to ensure you have a good experience with our gym. That’s why we offer a FREE first class to those who fill out our contact form.