Mixed Martial Arts (MMA) is the fastest growing sport in the world today. Scranton MMA offers a variety of classes for students looking to learn the full-contact combat sport with a variety of fighting techniques. With a mixture of martial arts traditional and non-traditional tactics, both striking and ground fighting is an excellent option for those who have dappled in martial arts and are looking to expand their skills. 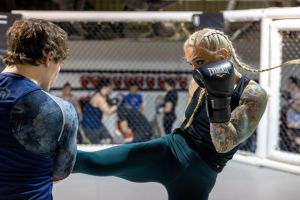 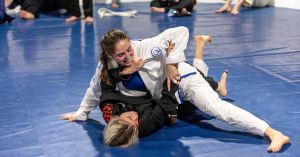 What is Mixed Martial Arts?

Mixed Martial Arts (MMA) is a term for a combat sport where two competitors work to achieve dominance over one another through three general tactics: striking, finishing holds, and control. It takes from techniques in wrestling, boxing, kickboxing, Muay Thai, Judo, and Jiu-Jitsu.

The rules allow the use of striking and grappling techniques, both while standing and on the ground. Such competitions allow martial artists of different backgrounds to compete. Modern mixed martial arts competition emerged in American popular culture in 1993 with the founding of the Ultimate Fighting Championship.

Initially based on finding the most effective martial arts for real unarmed combat situations, competitors of various arts were pitted against one another with minimal rules for safety. In the following decade, MMA promoters adopted many additional rules aimed at increasing safety for competitors and promoting mainstream acceptance of the sport.

The name mixed martial arts was coined by one of the developers of these rules, Jeff Blatnick, a former Greco-Roman wrestler, and Olympic gold medalist. Following these changes, the sport has seen increased popularity with pay-per-view reach rivaling boxing and professional wrestling.

MMA originated from combat sports in Ancient China and Ancient Greece. The Chinese origin, Leitai, focused on elements of kung-fu, boxing, and wrestling. The Greek origin, the art of pankration, combined wrestling and boxing.

The sport resurfaced in the mid-19th century when fighters sought ways to incorporate different styles to challenge traditional techniques. Modern MMA is thought to originate from Brazillian Jiu-Jitsu.

The UFC 1 first global event was nationally televised in 1993 and has since gone on to become a global phenomenon.

Mixed Martial Arts Gym near me

Scranton MMA is a mixed martial arts gym located in Dunmore, PA, near Scranton, and offers a variety of classes. If you’re interested, we offer a complimentary first class so you can see if our gym is the right fit for you.