This weekend Scranton MMA took a group of Judo students to compete in the 2015 New Jersey State championships.  It was a great event.  It was very well run and organized and all of the staff did a great job keeping the tournament running smoothly.

First things first… yes it was the New Jersey state championships and yes we are a club that is located in Pennsylvania.  Luckily we were invited to compete at this tournament because many of our Judo instructors have trained and competed with the best clubs in New Jersey for years and years and they decided to invite us out because they new it would be good for the kids in New Jersey and good for the students at Scranton Mixed Martial Arts.

We cant thank the organizers of the tournament enough. Sensei Ramon Hernandez who runs North Jersey Judo and hosts the Garden State Classic was the tournament director and he did a great job of putting everything together from start to finish. Ramon did have a lot of help and overall it was a great tournament.

Now for the results.  We had four kids compete and we walked away with four medals. One of our students took a gold medal in her first division and then moved up to the next age category and a higher weight class in that category and she took a medal in that division as well.  That is a very tough thing to do at such a young age and at such a tough tournament!  We had another female medal in her very first tournament which again is very rare especially at a big tournament like this one.

We also had one of our male competitors take a bronze medal in a very tough division. As a coach it is always tough to see your kids lose a match because you know how hard it can be on them but also you have to realize that losing is the best opportunity for learning and growth.  This young competitor did great.  He won and had some great throws and when he lost he took them in stride and just realized that he has some room to improve.

Overall it was a great tournament.  It gave the Judo coaches at Scranton MMA a lot of information about the students and will help us plan out their training for the new few weeks and months.  We got to see what techniques they are good at and what areas need improvement.

Here are a few pics! 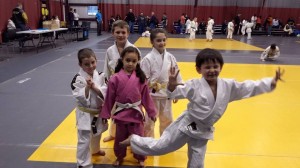 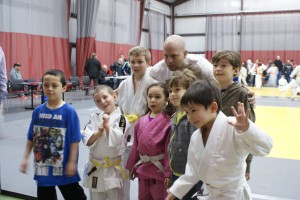